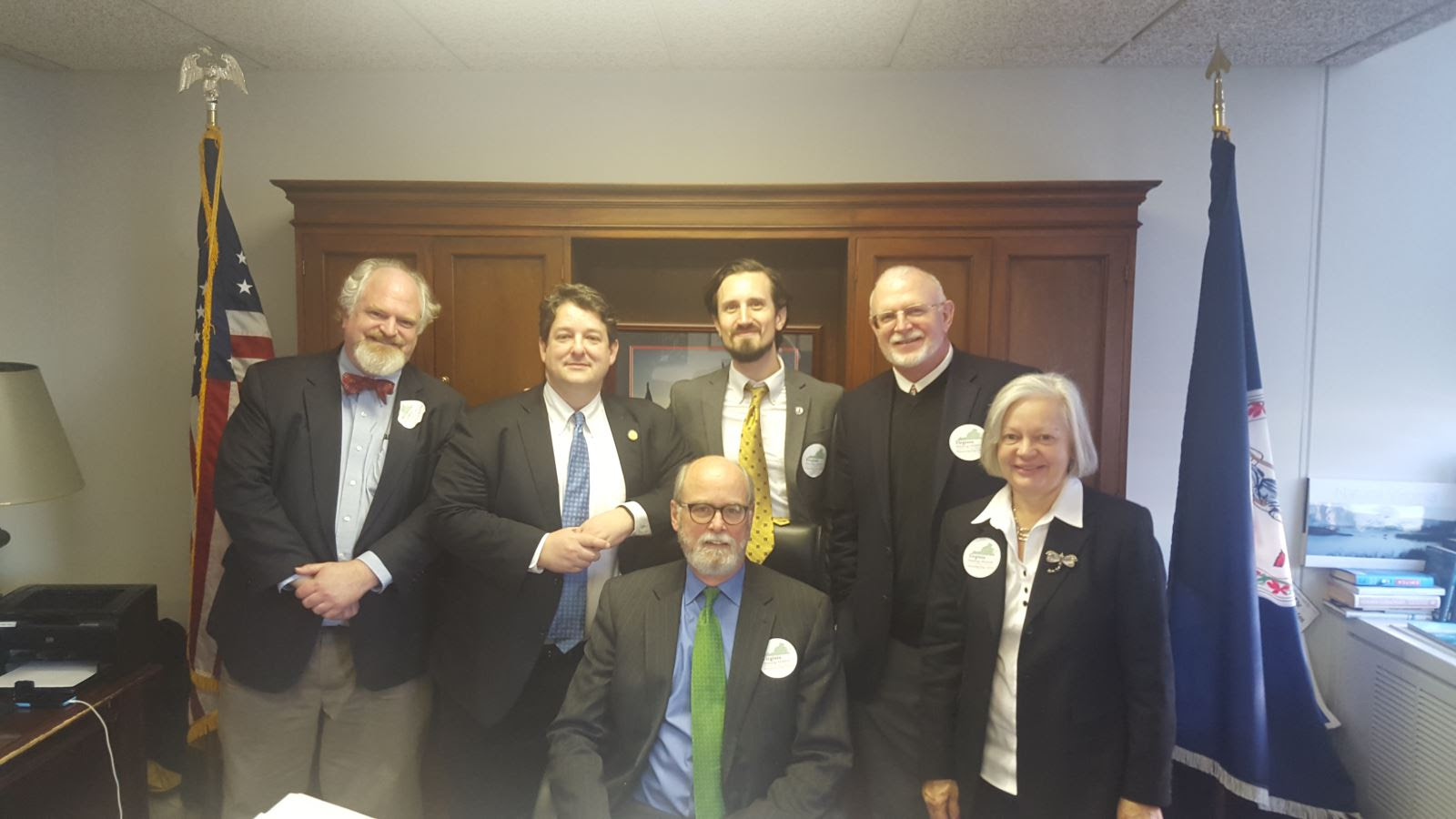 The past week has been a complete whirlwind in the General Assembly. I have three bills that are all moving forward through the legislative process to strengthen the social safety-net, increase environmental protections, and build our economy by supporting small businesses.

My legislation (HB991) to encourage more apprenticeship programs as a part of the Virginia Initiative for Employment not Welfare (VIEW) program was passed by the House of Delegates on Friday! Apprenticeship programs are a great way for VIEW participants to get the hands-on job training that they need to develop a career and build a better life for themselves and their families.

Another bill - HB977 – has reached the floor of the House of Delegates. This legislation would expand the notification requirements in the event of a hazardous spill in Virginia waterways so that local television and radio stations are notified. Currently, the Department of Environmental Quality is only required to notify a local paper, which could significantly delay this important information.

In addition, I have one resolution that has passed the House, which designates April 14th in Virginia as Chagas Disease Awareness Day. While Chagas Disease is most common in Latin America, Virginia’s large immigrant population from that region - especially in our community – is at risk of misdiagnosis and mistreatment. This resolution will hopefully raise awareness about this deadly disease so that it can be diagnosed early and properly treated.

I also presented legislation this week to allow lawfully present Virginians with withholding of removal status to obtain a temporary driver’s license, expand eligibility for Temporary Assistance for Needing Families (TANF) benefits to those with prior drug convictions, and create a dedicated source of funding for the Housing Trust Fund.

The driver’s license issue was tabled so that it could be studied further this year and hopefully brought back next year. There are too many Virginians who are lawfully present, pay taxes, have a social security card and work permit, but are unable to get a job and be a productive member of our society because they are not legally allowed to drive. I am very hopeful that we will be able to reach an agreement on this bill over the summer.

The TANF and Housing Trust Fund bills were sent to the Appropriations Committee and voted down due to a lack of funding. However, we have a $75 million surplus in TANF block grant funding this year that could have easily covered the $350,000 fiscal impact of the bill. That money is committed to other programs that should instead be used to fund the core TANF program for those who need it most.

While we were unsuccessful in creating a dedicated source of funding for the Housing Trust Fund, I am working with Delegate Jones – the chair of the Appropriations Committee – to ensure that we increase funding for this vital program in this year’s budget. The Housing Trust Fund helps support affordable housing needs throughout the Commonwealth and has a proven positive impact on our economy.

SPEAKING OUT AGAINST
BAD LEGISLATION

On the floor of the House of Delegates this week, I spoke out against a bill that requires an individual who points a gun at another person to have the “intent” of inducing fear in order to be charged with brandishing a firearm. This will make it harder for law enforcement to prosecute violators of this statute and make it easier to intimidate or threaten others with a firearm without repercussions. 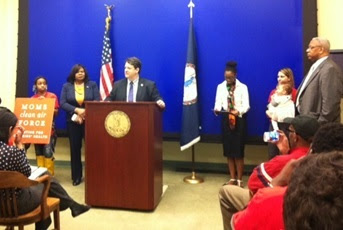 Earlier this week, I stood with the Sierra Club and Moms Clean Air Force to encourage the General Assembly to pass legislation that addresses climate change this year.

With the largest naval base in the world – Naval Station Norfolk – in an area that is rated second only to New Orleans in the entire United States for its vulnerability to sea level rise, the future of Virginia’s economy and security depend on us taking action.

By complying with the Clean Power Plan and investing in renewable energy, we can diversify Virginia’s energy mix, reduce the effects of sea level rise, and actually strengthen our national security by creating a more sustainable energy future.

This week’s featured guest for the Virginia Environment and Renewable Energy Caucus meeting was Omar Terrie – director of policy at the Maryland, DC, & Virginia Solar Energy Industries Association. Omar spoke with us about legislation this session that could benefit the solar industry in Virginia. On Tuesday, the Commerce and Labor Special Energy Subcommittee met to hear all of the energy bills introduced this session.

Most of the bills related to renewable energy were continued to next year so that they could be worked on over the summer. It was announced in the committee meeting that there would be a special subcommittee formed this summer to review this legislation. The members of the Virginia Environment and Renewable Energy Caucus will continue to work through this process so that we can help get more solar and renewable energy in Virginia. 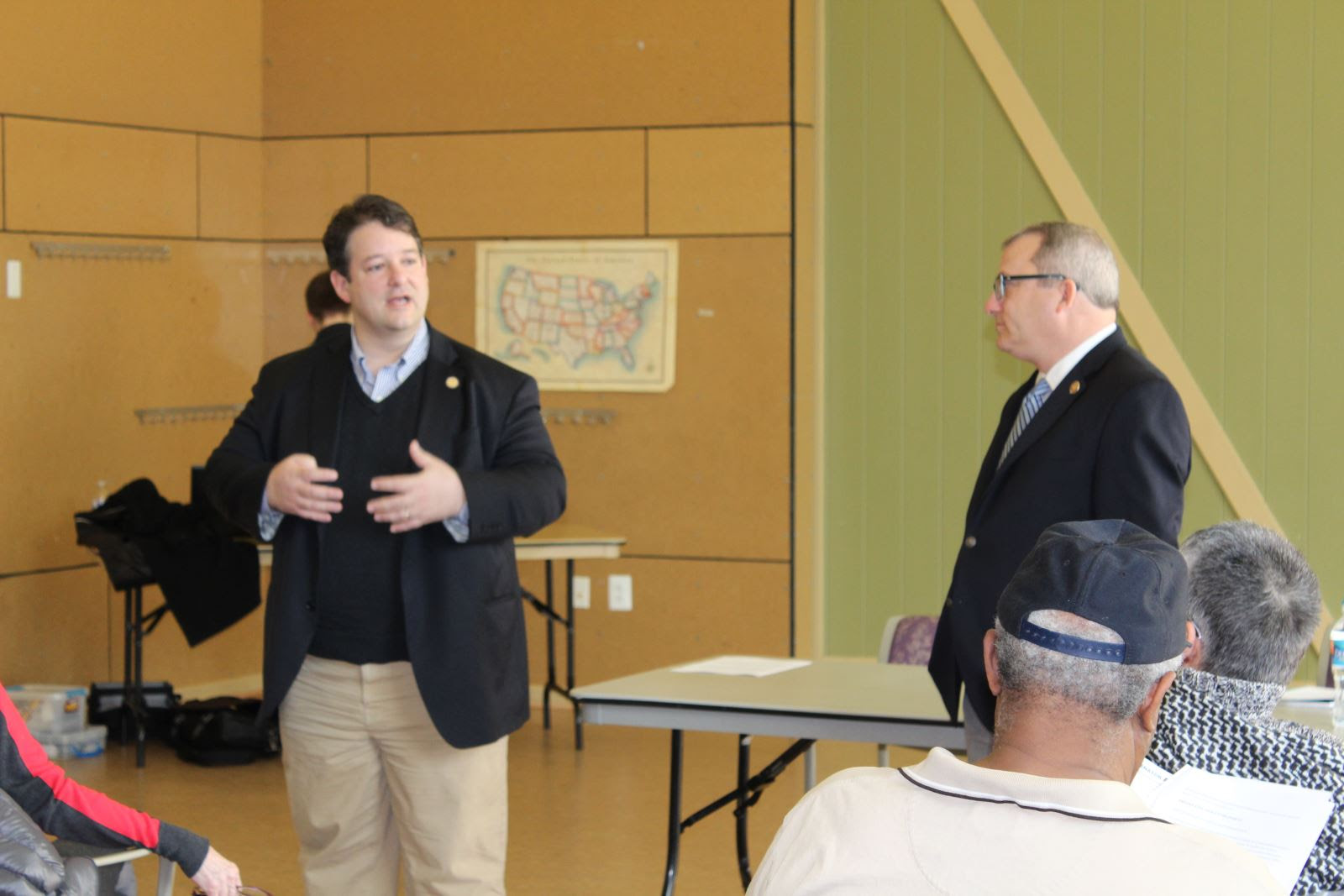 Thank you to those who were able to join us. We spoke about what is happening this session as well as some of the issues that are of the greatest concern to our community.

I always appreciate receiving feedback from my constituents and will continue working to represent our values and priorities in Richmond.