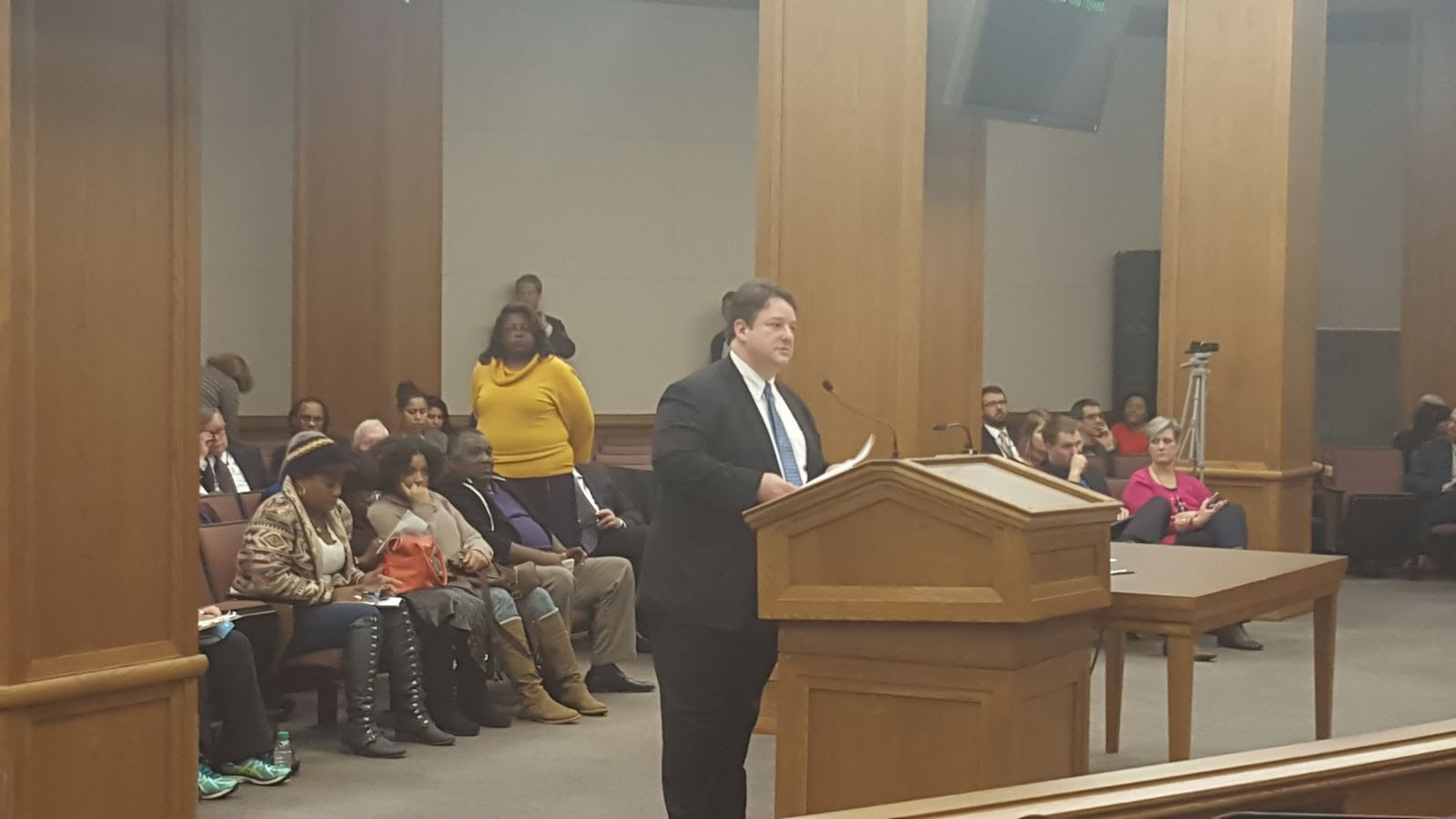 Despite the recent blizzard, the Virginia General Assembly was in Session last week. As the week moved forward, we continued to pick up speed and review significantly more legislative proposals. In a 48 hour period from Tuesday afternoon through Thursday afternoon, I had one of my busiest weeks ever as a member of the General Assembly.

I gave a speech on the floor of the House of Delegates addressing the effects of global climate change and supporting President Obama's Clean Power Plan (CPP). I also opposed legislation that will delay the development of a Virginia-based plan to comply with the CPP and reduce carbon emissions.

Finally, this hectic week ended with the Governor's announcement of a compromise on concealed carry permit reciprocity with other states in order to get two sensible gun violence prevention measures passed.

This week I fully expect more of the same as my eleven remaining pieces of legislation and several more budget amendments are considered in the House of Delegates.

This week on the floor of the House of Delegates, we debated House Bill 2, which delays the development of a Virginia-based State Implementation Plan to comply with the EPA's Clean Power Plan.

This bill requires General Assembly approval before any plan can be implemented so that rather than allowing Virginia regulatory experts to do their jobs and develop the best possible plan, we can let politicians in the General Assembly make political points about opposing President Obama and denying the existence of climate change. Click here to view my speech.

On Friday, Governor McAuliffe announced a bipartisan compromise to pass two common sense pieces of gun violence prevention legislation in exchange for reinstating the practice of recognizing concealed carry permits from other states with weaker requirements than Virginia.

On December 22nd, Attorney General Herring announced that Virginia would no longer recognize concealed carry permit holders from twenty-five other states. As a result, members of the General Assembly put forward legislation to bring back reciprocity with these states. Under Governor McAuliffe's compromise he has promised not to veto the legislation if it reaches his desk.

I oppose this reciprocity legislation and will not be voting for it. In addition, after extensive research on Virginia's concealed carry permit requirements over the past year I can attest to the “looseness” of the Commonwealth’s requirements. That is why I introduced HB 981 to end the practice of allowing online courses to demonstrate competency with a handgun.

Yes, you read that correctly. Virginia currently allows you to go online to websites like Virginia Concealed to secure a concealed carry permit. On such sights all you have to do is take an eleven question online test (which you can retake as many times as you want – after seeing which answers you got wrong). Even then you only need eight correct answers to receive a passing score. After "passing" the test, you can purchase your certificate for $79 dollars proving that you have demonstrated competency with a handgun as required to obtain a concealed carry permit in Virginia.

The most important step forward for gun violence prevention in the deal is legislation to increase protection for victims of domestic violence by preventing a person who is a subject of a protective order from being able to possess a firearm. Under the current law, Virginians who are the subject of a protective order are prohibited from purchasing or transporting a firearm, but not possessing one.

The second positive piece of legislation allows for voluntary background checks to be offered at gun shows. No longer will sellers at gun shows have the excuse that they are not able to perform a background check. While I would prefer that this requirement be mandatory, it is a step in the right direction.

On Thursday afternoon, I presented five bills to address gun violence in Virginia:

That’s why I'd love to hear your thoughts on Governor McAuliffe's compromise. Please contact me at (804) 698-1049 orDelALopez@house.virginia.gov to share your views and let me know where you stand on this important issue.

Senator Adam Ebbin and I are holding a South Arlington town hall meeting on Saturday, February 6 at 10:00 AM to discuss the 2016 General Assembly Session with our constituents.

I hope to see you there!