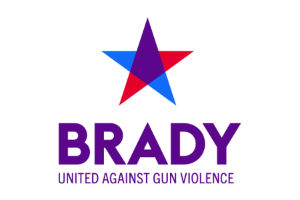 “Simply put, Virginians deserve a say in their state’s gun laws, but under the General Assembly’s current NRA-backed leadership, the gun industry sets the agenda. That has to change. Eighty-three percent of Virginians support common-sense gun reform, like extreme risk protection orders. That’s why this election is critical to elect a gun safety majority that will pass laws to put Virginians first, not gun industry profits. Come November 5, when these gun violence prevention champions are elected into office, Virginians’ concerns about gun violence will finally be addressed. We are thrilled to support these candidates, and we are looking forward to working with them into November and beyond.”

“We have a chance in 2019 to elect a gun violence prevention majority in Virginia’s General Assembly. This year’s shooting in Virginia Beach, along with the daily toll of gun violence in cities like Richmond and Newport News, demonstrate the urgency with which we must pass common-sense gun legislation. If our current elected officials won’t act, then we’ll vote them out. The time has come. We’re sick and tired of watching lifesaving gun violence prevention bills die due to our immoral legislative leadership in Virginia.”

Following the Virginia Beach shooting, Gov. Ralph Northam (D-VA) called the General Assembly for a special legislative session to address gun violence. After 90 minutes, Senate Majority Leader Tommy Norment and House Speaker Kirk Cox ended the session without addressing any of the lifesaving legislation. Since the Virginia Tech shooting in 2007, more than 11,000 Virginians have been killed by guns.